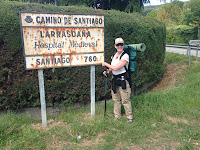 Woke up at 7:30, left the casa rural by 8:30am with Dee. It was nice to have our own room but ugh, all we were doing is complaining about how we didn't want to get up and go. Her ritual involves having a cigarette out the window first thing in the morning. My ritual involves leaving to brush my teeth, wash my face, and have the dry heaves for a minute again. What causes it? It feels like my body is just rejecting the notion of the physical challenge, plus the angst of not knowing where I'll lay my head tonight. I also have the distinct pleasure of rubbing Vaseline all over my feet every morning. 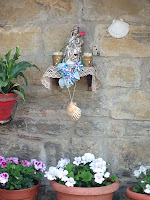 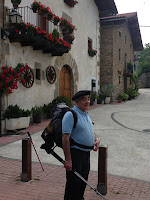 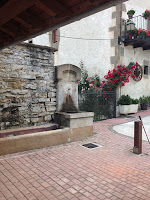 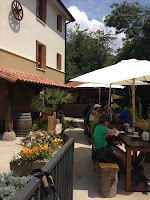 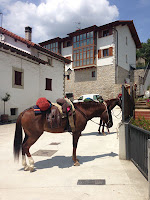 We headed out to find coffee and tea. The walk out of town first went by a beautiful stream but then continued through a bleak industrial complex. Once we got passed that, we came across a series of small towns (hamlets) that were absolutely darling. The architecture and the brick roads and the flora and fauna and the fountains were so beautiful. In Osteriz, Ilarratz, and Esquirroz I walked around in amazement. While we were at one of the fountains, we watched this fun-loving Basque pilgrim man entertaining a group of Spanish pilgrim ladies, while a young reggae looking pilgrim boy was boiling his own coffee and cooking his own breakfast at the fountain. One energetic Spanish pilgrim woman was doing a few stretches and when she was done, she turned to us and said in a satisfied manner with a heavy accent, "as brand as new." That had us a rolling with laughter and so the quote of the day became "as brand as new."

The next stop was at a darling cafe in the middle of nowhere that appeared at just the right time. There was a couple doing the Camino on horseback, we met up with Annigrette and Vega from Finland, and we met Shai from Brooklyn. I remembered passing him because he had a huge backpack and a pre-existing knee injury that was making him walk very slow. He was a talker, and he was entertaining everyone at the restaurant with his magic stick. "Shai's stick" - a ruler-sized sports wand that you roll over the muscles of your legs to relieve pain. He let everyone try it and sure enough, it felt great! 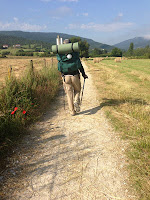 The town of Larrasoana was next up on the trek. It was considered an important pilgrim halt in medieval times because it had two pilgrim hospitals and a monastery. But none of that is evident today, in fact, Dee's feet were killing her and we could not find a Farmacia open. Nothing ever seemed to be open when we walked through these towns! It was another absolutely darling place with a cutesy little downtown but there were no people and no stores open. The place had Jacobean symbols and armorial shields on many of the buildings and so I decided to melt into the tranquility (tranquille) of it all.
We were back walking along the Rio Arga and it was beautiful, plenty of shade along the tree-lined riverbanks and a number of drinking fountains along The Way. I was loving on my water source: I had a 1.5 liter bottle that fit inside a Camelback coozie that strapped onto my waist pack or back pack or belt. It was great because I could easily reach it, as opposed to storing your water on your back pack where you can't get to it on your own. Many pilgrims had the "aqua bladder" (talk about an unappealing name) which is stored in your pack and you drank from a straw. Not my cup of tea. 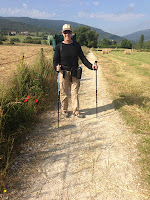 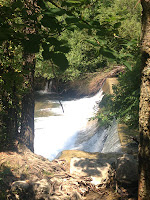 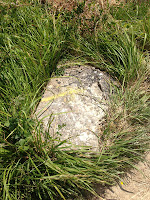 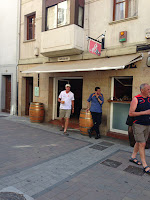 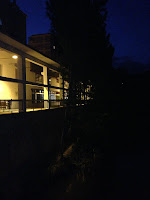 Before Pamplona is a town that is listed by many different names, I'm still not sure which one is correct. It is known as Arre, Arres, and Trinidad de Arre. At any rate, Dee and I were glad to get there. Like yesterday, it seemed the last three kilometers was a never-ending road in which each step is so painful, one ends up walking like an old man. When we emerged from the forest and crossed the lovely bridge, we came across Robin from North Carolina who was introducing us to an Italian couple. We rested for awhile and listened to her go on and on, and finally headed into town where we came across Brian from Ireland and met Roger from Belgium. It was fun sitting in the square (Calle Mayor) with these guys at the Cafe Paradiso in Arres drinking Albarino wine. The guys were staying in town for the night and had already arrived hours ago and were quite rested by the time we encountered them. Even though Robin was going on to Pamplona, Dee and I decided to stay. 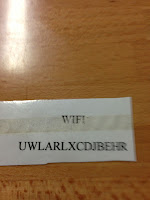 We walked 18.5 kilometers today and there was nothing nicer than sitting here and watching the village come to life. We talked about how the Spanish men are out in the mornings (drinking coffee and reading the paper, when only the cafes are open), the women and children emerge in the afternoons (when stores are open for a few hours before siesta), and everyone comes out at night (and stays out really late). It is fabulous but you've got to think, no wonder this country is going under, nothing ever seems to be open and no one seems to really work! The boys were staying in the convent by the bridge but heading for the pilgrim dinner at the Municipal Alberge so instead of going backwards, we said goodbye to Robin, went to dinner with them, and checked into the Municipal afterwards. 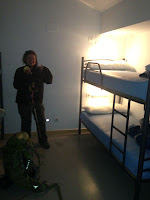 Dinner was fun (even though the place was an eyesore). And the food was pretty good tonight. Same fare: one starter which is usually either soup, salad, or pasta; one main course which is usually either fish, chicken or beef; dessert which is usually either yogurt, ice cream or some kind of flan-looking dish; and all the bread you can eat and all the wine you can drink! Brian and Roger had both done the Camino before and they were giving us all kinds of advice. When talk came around to our feet, which it invariably does every night, Brian gave me a Compeed for my blister. My NuSkin wasn't working and they all said this Compeed stuff is the best, so of course, I gratefully took it. Everyone complained about their feet, whether it was the bones or the blisters, it was unavoidable. I remembered that I had a bad dream the night before about popping my blister and it gushing out, and Dee said "you know you're on the Camino when you're dreaming about blisters." 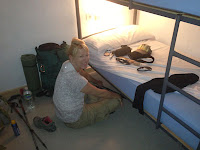 Dee was proving to spend much of her time on her iPhone because there was free Wi-Fi (pronounced "wee-fee" over there ;) almost everywhere. All you had to do was ask for the code, and it kept cracking us up, all of these cryptic codes the cafes had set! Too funny. We also spoke with two Spanish pilgrim girls who were sisters and staying in the same Municipal Alberge. When we finally checked in, the warden was talking and walking so slow, it was all we could do to be patient and follow along on her rehearsed, monotone tour. At last, I was at my bed (late again but we weren't too concerned because we knew we had a short day to Pamplona tomorrow) and I hadn't even taken a shower yet. Decent shower here - private, women-only, warm water, no time limit - and the sheets and pillow cases were nice and clean, "as brand as new." There were about 48 beds in the big room and it was all women. Earplugs in, making memories!

"Be the change you want to see in the world."
- Mahatma Gandhi