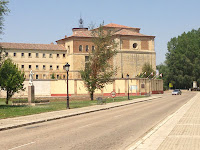 Up at 6:30am, out of the cabinita by 7am. My tummy still kind of hurt from the beans last night and the last thing I wanted to do was encounter anyone else in the bathroom who may be feeling the same way so I hightailed it out of there. I knew I had a short walk today and that I was going to check into a hotel for tonight so I was motivated to get going :) Destination: Carrion de los Condes. The name alone had a magical allure. I briskly passed through Villalcazar de Sirga and headed to what is commonly just known as Carrion. 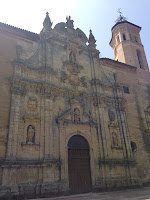 Carrion de los Condes occupied a strategic position in the past. This interesting town retains a medieval atmosphere, with wandering side streets and home to 14 pilgrim hospitals. There is the beautiful Church of Santa Maria del Camino, which shows the Moor slaying statue of St. James, and the Church of Santiago, which only has it's facade left standing. There were many pilgrim statues and monuments and I liked it immediately. I only walked 10 kilometers today but I was already hobbling due to the new blister on the back of my left foot. It had come about due to another malfunction of my hiking boot. This time the padding along the back of my ankle had worn out and the hard ridge was cutting into my skin. It was similar to the indentation Raphael had and I realized I would have to get new shoes. 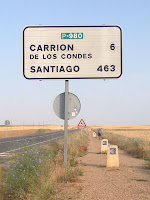 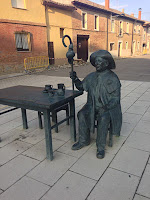 Just as I was thinking about this, around the corner came Raphael. I couldn't believe it, we greeted each other and I said I thought I'd never see him again. He told me that he had injured himself yesterday, tore the ligaments in his ankle and needed to stay in Carrion another day to rest and heal. I said I was sorry to hear it and I told him about my new injury. He asked if I was heading to the alberge and I told him I was checking into a hotel tonight. It was still early so we wished each other a good day in Carrion and went our separate ways. I started looking for the standard "H" signs that indicate a hotel but could find none. I continued to wander through town and finally stopped at a cafe. They told me to keep walking to the far end of town and across the river. While I was there, I ran into Alan from Denmark who told me he was going home. Said he had this sudden realization that he needed to be with his kids instead of out here walking across the Meseta, which prompted a silent internal chant of my mantra for the day "Thank God I don't have kids." I wished him all the best and we went our separate ways. "It's still happening" I thought. "People are opting out for all kinds of reasons." I vowed to be extra careful so as to not injure myself. 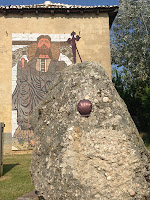 I headed to the far side of town and just as I was about to ask someone "where is that confounded bridge" I saw it. And then I saw the 3-star hotel it led me to, the gorgeous San Zoilo. Wow! The hotel used to be a monastery dating from the 11th century with Romanesque elements but more so influenced by the Renaissance period including the Plasteresque cloisters. It was incredible. It is now a national monument and I could see why. And it was quiet. I seemed to have had the whole place to myself. I checked in at the front desk with the nice woman and the girl who spoke English. They stamped my passport and gave me a golden scallop shell keychain. I headed to my room and nearly fell to the floor when I opened the door. It was luxurious, my favorite room so far! As I stripped down and headed to the bath, I knew I wouldn't be leaving the grounds for the rest of the day! 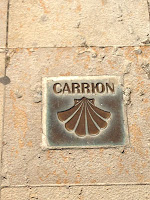 Hours later, I headed to my first Michelin-star meal of the trip at their restaurant on the premises. Sure enough, it was one of those fancy places where the waiters are overly concerned about everything and there is an uptight vibe. I settled into a seat with a view onto the gardens and ordered a beet salad and hake, a white fish. I ordered a bottle of white wine because I knew what I didn't finish, I would take back to my room. And so there I sat, eating delicious food, drinking delicious wine, and observing how everyone around me seemed to be miserable. From the waiters, to the two businessmen at the next table, to the oh-so unhappy married couple on the other side of me. They all looked bored, indifferent, half-dead. "Wow," I thought, "I feel so alive compared to this lot" and then the thought struck me, I missed the energy of the pilgrims and dare I say it, I was looking forward to eating with everyone at an alberge again. Even though I appreciated my periodic hotel stays, I had crossed over, I was a pilgrim now. 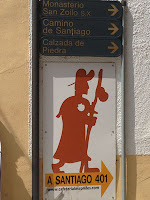 On my way back from lunch I wandered around the hallowed halls for awhile admiring all of the art, where I came across the remains laid to rest of the Counts of Carrion. Apparently these Counts had been murdered. "No surprise" I thought, "that seems to be a theme around here." I retired to my room, put on my white nightgown reserved for nights just like this, and settled in to watch the sunset through the courtyard. I remember thinking about how this wasn't like a vacation at all, more like 18 different trips so far because every night I was sleeping in a new bed, in a new city, only to have to find another new one the next day. I thought about taking another bath but my fingers were still pruned from the earlier one I had taken, and I thought about putting in my ear plugs but I could feel that the holes in my ears were slowly expanding. It was an odd feeling to be able to stick my finger so far in my ear and feel how tender it was to the slightest touch, so I gave them a rest. As usual, I tended to my feet, I have never used a First Aid Kit so much! I left my window open to let the breeze drift in and fell asleep to the sounds of the sky scissors. 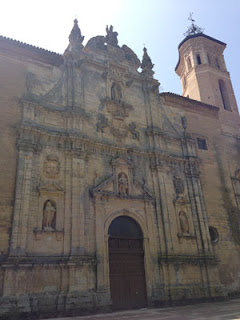 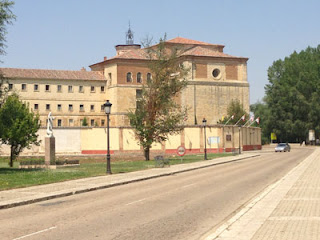 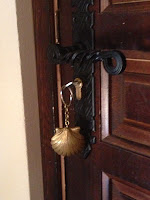 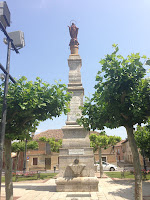 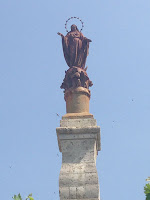 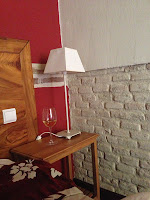 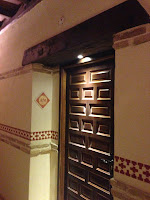 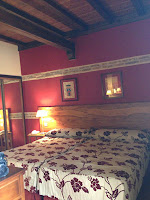 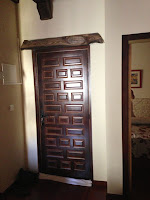 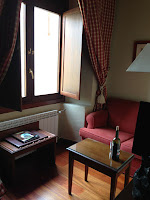 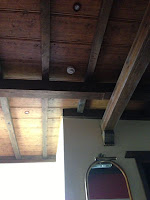 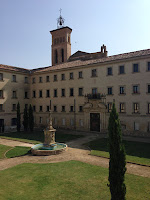 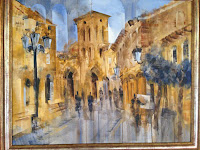 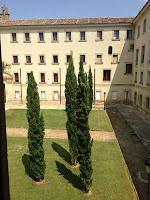 "The holiest of all the spots on earth is where an ancient hatred has become a present love."
- A Course in Miracles