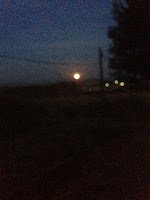 Up at 6am, I was out of the hotel by 6:30am. Dee and I were supposed to meet in the lobby and when she wasn't there, I called up to her room. No answer. I set down my pack and went up to her room, no answer, until finally the door opened and she wasn't even awake yet. She told me to go on ahead, which I did. I said goodbye to the wonderful oasis of the hotel and headed out into the cold dark morning. I stopped for tea and my pre-purchased pastry on the far side of town and headed out back into the country just as the full moon was setting and the new sun was rising. It was here I walked by the Hospital of San Francisco de Asis which is where St. Francis of Assisi convalesced on his Camino. 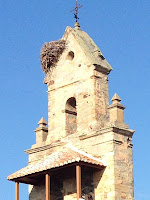 Today's trek was heading into the mountains again, and my piece of paper from the Pilgrim Office confirmed that tomorrow we climb to the highest point of the entire route. I felt quite good, quite relaxed and decided it would be a relatively gentle day. The promise of a good night's rest in Rabanel would prepare me for the jaunt tomorrow. There were several small villages along The Way today where I stocked up on my usual refreshments. 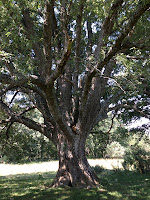 The walk was gorgeous. There were churches with huge stork nests on their steeples and old stone fences and crumbling towns. I stopped in Murias de Rechivaldo for breakfast, Santa Catalina de Somoza for lunch, and then sat under a tree in El Ganso for two hours waiting to see if Dee would walk by. It was an interesting experiment. At first I was a little ancy and I kept looking for her but then I finally settled in and had a meditative afternoon staring at the leaves and gazing at the trunk. One woman came under the tree too and went right up and hugged it for a few minutes. I had my red wine and by this time I was very relaxed.

Rabanel has earned the reputation as one of the most authentic and welcoming villages along the Camino. I experienced that too! Once I could see the blessed "chairs and umbrellas" from the outskirts of town, I hobbled up and there were Helen and Lawrence from Ireland engaging in their daily ritual: Sitting at the first cafe having a couple of pints and watching the pilgrims hobble in. I liked it and I joined them. 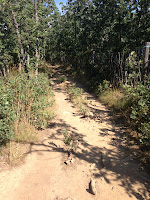 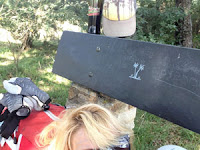 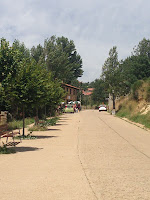 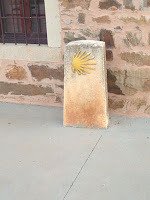 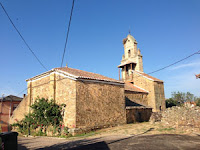 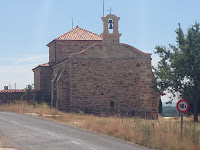 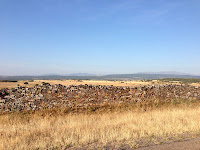 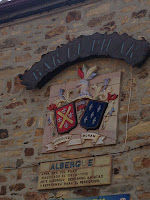 I told Helen and Lawrence about how I waited for Dee, when just then, I got a text from her saying she was ghastly sick from too many radioactives last night and was going to stay in Astorga for another day. "Figures," I thought, "if only she would've texted me earlier I could've gone on to Foncebadon." Oh well, there must be a reason, and anyway I didn't care, I had my lovely Walden moment under the tree. 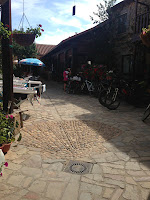 I decided it was time to find my bed for the night so I set off into town and found a darling alberge with a very gracious host, Carlos from Mexico. I took a ton of pictures at the alberge: of the big dorm room that night, of where we all have to put our shoes every night, of the main entry way full of history, of the main outdoor dining hall and a bunch of pictures from in town. I was hanging out with Carlos when a bunch of bicyclists came to check in. They are such a different breed. One of them sat down and started going off about something so I decided to record a real life Spanish soap opera in the midst of alberge life, watch the video here!

After walking 20 kilometers today I wasn't in the mood to wander around too much but this town had so much history that I had to soak it up for awhile. This is considered the IXth stage of Aymeric Picaud's classic itinerary and the Knights Templar are thought to have had a presence here as early as the 12th century ensuring the safe passage of pilgrims over the upcoming, remote mountain terrain. I visited the Church of Santa Maria which was reputedly built by them, and today an order of monks from Bavaria have taken up residence there and I could hear their Gregorian chanting! It doesn't get much better than that, and with that sentiment, I went back and showered -good shower here, private, hot water, good pressure - and headed to bed. The dorm was full of rowdy Italian cyclist men so in went the earplugs and as I drifted off, I could hear the echos of the monks chanting me to sleep. 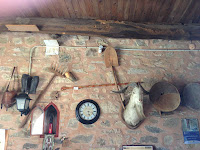 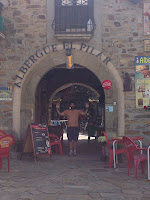 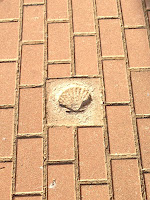 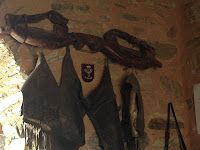 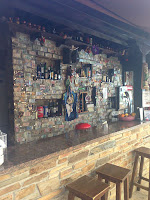 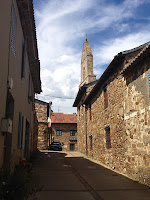 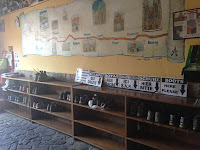 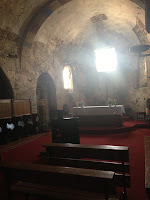 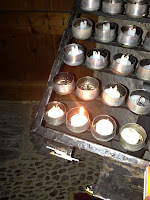 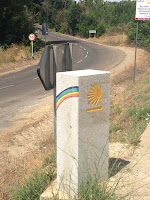 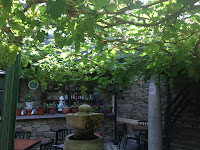 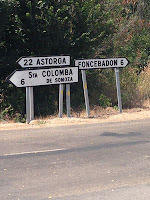 “A good traveler has no fixed plans, and is not intent on arriving.”
– Lao Tzu